12-Day Itinerary for a Dream Vacation to Italy 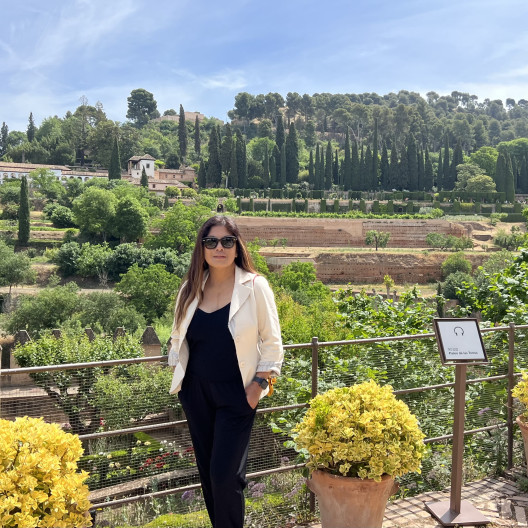 From the center of Christianity to gladiators and the endless art of the Renaissance to ancient cities and Romanesque and Gothic churches and Ruins laid bare. Including the far-off snow-capped peaks of the Dolomites to the orange groves at the foot of Mount Etna in Sicily. And from the rolling hilly landscape dotted with medieval villages in Tuscany and its world-class wine, to the steep cliffs with colorful houses on the Amalfi Coast: there is nowhere in the world as beautiful as Italy. There is so much to experience and every time I visit, I am in awe of the beauty in every corner I turn. For me, it’s a whole new adventure each time. Explore this 12-day itinerary to Italy and discover how you to bring your dream trip to life.

Book with Elena to access exclusive perks and experiences on your trip.

This hotel is one of Rome's most iconic palaces, rich in history and located on the legendary Via Veneto.

Small boutique hotel with Mediterranean architecture set on a cliff overlooking the sea.

Beautiful accommodations set on a working farm with 360 views of the Chanti region.

Unlock perks by contacting Elena to book your trip.

Let’s start our trip first to Rome “The Eternal City”. The birthplace of the Roman Empire and the Catholic Church. The city has existed for almost three millennia with layers upon layers of history, culture and architecture. Rome is breathtaking. Romantic. Timeless. Enchanting..

We hired a private tour to the Vatican. Our tour guide was Cecilia from Tours by Locals, she was amazing and very knowledgeable about the history of the Roman Catholic Church and the patrons of many of the artworks and relics inside the Vatican. Each room in the museum contained treasures of collected famous works of art from different artists such as Leonardo Da Vinci, Michelangelo, Botticelli, Bernini and so many more.

Sistine Chapel houses the most important and greatest art treasures in the world, two of which are masterpieces by Michelangelo. The Story of Genesis is on the ceiling of the chapel and the Last Judgement is on top of the Altar. As you make your way inside the chapel it appears a little somber, but once inside, and your eyes adjust to the lighting, it feels otherworldly. Like a secret is being revealed about Christianity.

St. Peters and Crypt Relics St. Peter Basilica was built over the tomb of St. Peter the apostle. This is where he was martyred. Inside the church are large sculptures of patrons and saints. Although humungous and foreboding, the centerpiece with its massive colonnade and statue of St. Peter represented his importance in the church. My favorite sculpture is the Pieta by Michelangelo. I felt Mary’s sorrow and her love for Jesus.

The Necropolis is an old city preserved underneath the basilica. This is only accessible by a tour guide.

A note from Elena

Tip: Take a private or semi-private tour. The lines are long and can take hours to get in.

The Roman Colosseum is a large open-air theatre and the main symbol of Rome. It was once an arena for bloody fights between the gladiators and animals for entertainment. It is one of the greatest architectural wonders of the world. Standing on the ledge you can imagine the fights and audiences as they cheered on. A fun fact is that the Romans flooded the lower part of the building to display battle in the water.

The Roman Forum was once the city center. This ancient city still lies there today, with its grand architecture and impressive sculpture, and is a testament to the wealth of the Roman Empire. As you walk through the Triumphal Arch or Arch of Constantine it’s as if you are transported back in time, and one can only imagine the life of a Roman.

Today, you will visit Museo e Cripta Frati Minori Cappuccim, or the Capuchin Crypt. The legend goes the Capuchins took refuge in Rome and built a funeral monument under the streets, a 30-meter-long corridor with six rooms filled with 3,700 bones of the deceased Capuchin Friar. Very spooky and musty but it’s a site to see and one that’s unforgettable.

Day 4: The Pantheon and Piazza Navona

The Pantheon was originally a temple dedicated to the Roman Gods. Today it’s a memorial where Kings and queens resting place including the famous artist, Raphael. Inside the temple, is a vast hall, designed in a way that your eyes look upwards towards an oculus the only source of light and connection to the gods.

Spanish Steps (which is not the original name) consists of 135 travertine steps and presently 12 ramps. It got the name because the Spanish Embassy was located at the bottom of the steps. It’s a place where both locals and tourists hang out.

Piazza Navona is adorned with Renaissance and Baroque buildings. It is very busy. The hub of the city any of the roads can lead you to a famous landmark. I enjoyed people-watching and a vino.

After touring Rome, we headed to the Amalfi Coast. Short train ride to Napoli where our driver and tour guide Mario Frenna from Luxury Limo Positano picked us up.

Amalfi has a breathtaking view of the Mediterranean Sea. With the green water and blue sky, there is nothing like this gem. Steep hills covered with whitewashed houses and brilliant colors. Very picturesque with a labyrinth of stairways and narrow alleys with pebbled beads and rocks.

Positano’s beauty and charm captivate the instant you arrive. The city is terraced and at the bottom is the town center. Dotted along the beach are hotels and restaurants, shops and brightly colored houses built on cliffs. It’s a very steep climb so make sure you reserve a shuttle back up to your hotel.

Ravello at the Villa Rufalo is a medieval village surrounded by ancient walls. Walk through the Villa Gardens enjoying a 360-degree view of the coast. The Villa consists of a garden, Moorish cloister and drawbridge. Very romantic and medieval.

Amalfi It’s the busiest because of the harbor but the most popular. Visit the town’s ninth-century Duomo di Amalfi built in various styles and a treasure of Italy.
The Mediterraneo restaurant in Positano is very romantic with candlelight and a view of the sea. Their specialties are freshly caught fish and homemade pasta.

Pompeii is a famous archaeological site. It was a thriving city full of richness in art and architecture. In 79 AD a huge volcanic eruption of Mount Vesuvius buried the city in ashes. As you walk through the city you get a glimpse of how the Romans lived. Structures still stand and in the museum, you can view the haunting plaster casts of victims buried alive underneath the ashes.

After spending a few days touring Amalfi and Pompeii we headed to Napoli to rent a car. Our plan is to discover the Chianti Region stopping at towns and wineries.

The Tuscan Countryside with rolling hills and beautiful vineyards and charming medieval towns perched on hilltops dotted along the Tuscan Region most fortified with stone for protection from attacks from invaders. It’s a different landscape than Amalfi or Rome, it's wide open with olive trees, vines and willow trees.

Montalcino in Tuscany is a small medieval village famous for its production of two famous wines The Rosso di Montalcino and Brunello di Montalcino. A must for wine lovers. It has a unique Renaissance piazza with small cafes and shops throughout the narrow alleyways.

Montepulciano an idyllic Tuscan town sits on top of a hill with winding cobblestone streets and beautiful churches. Enjoy the fantastic view of the countryside and taste their local foods and wine.

Pisa what is it famous for? The leaning tower, cathedral, and baptistery. Very well-known landmark but if you don’t have much time this can wait for another visit.

Firenze (Florence) is known as the “Cradle of the Renaissance” popular for the arts and authentic Tuscan dishes. Definitely, a must-see for art lovers. Tour the Uffizi Gallery with a vast collection of old master artists and the richness of the … family. Check out Michelangelo’s David at the Galleria dell’ Accademia. Visit the streets and stop to tour the Duomo. Walk through Pointe Vecchio a bridge surrounded by local vendors.

Icche C’ece in Florence is a family-owned restaurant with reasonable prices of local Florentine Steak. It’s quite noisy but the food is fabulous. Of course, their pasta is homemade, and the sauces are a family secret.

Tuscany is in the heart of the Chianti Region between Florence and Siena. Chianti offers a unique landscape with gently rolling hills, wide fields of vineyards, olive groves and small stone villages. It is home to the Castello Di Verrazzano in Via San Martino. The vineyard situated in Verrazzano is owned by a Florentine Family the Cappellini, who had restored the villas and renaissance gardens. Take a tour of the vineyards, then the cellar with old-age barrels of fine Chianti Classico Rivera. Afterward taste their organic wines and have lunch in their Florentine style café.

Drive back to Rome and stay at the Marriott Airport for a flight early the next morning. In Italy every region, town or city has its own unique personality, so no matter how many times you visit you’re always left craving for more.