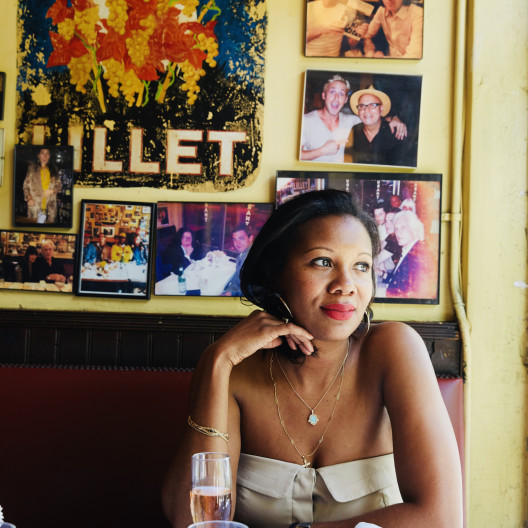 Returning to this Nordic gem two years post-pandemic felt surreal during the winter months. Copenhagen's inclusion on many top lists, including "Best Cities to Live in," "Top European Cities," etc., is no coincidence. The city feels crisp, vibrant and festive. And scores of expats are migrating here from all over the world — most notably, from my home city of New York — because of the quality of life appeal. After a week full of loving, living and eating all over town, from City Center to Nyhavn, Freetown Christiania to Nørrebo, Vesterbro and København, the city began to feel like home. During spring and summer, temps are warm from day to night, and the sun never really ever sets. Winter is quite different: it's mostly gray and the sun has completely set by 3:30 pm. But when the sun goes down, the lights come up and the magic begins. The holidays are a special time to visit. If you love Christmas as much as I do, believe in miracles and watch it unfold before your very eyes! This is my rendition of the perfect 24 hours in Copenhagen.

Book with Mashariki to access exclusive perks and experiences on your trip.

Luxury hotel with contemporary furnishings located in the heart of Copenhagen.

A landmark in Tivoli Gardens, with a fairytale facade, 38 unique rooms, a rooftop pool and a raft of restaurants.

An eclectic, fun and art-obsessed urban escape housed in a former university building.

Unlock perks by contacting Mashariki to book your trip.

Fuel up, shop and discover the city's art

Copenhagen is a relatively small city. Most neighborhoods are within walking distance, so if you're on holiday but still want to get in your thousand steps, I'd certainly suggest walkabouts. Biking is also super popular and encouraged (most locals bike around), and the metro system is one of the easiest I've ever navigated.

If you're like me, then before you can even function (and by function I mean speak and navigate the adventures awaiting each day), your mornings must begin with a fresh cup of coffee and / or tea with a delicious pastry to get the blood flowing and vibes going. Lille Bakery was it for me! You'll thank me later!

Other notable mentions include Juno The Bakery, Anderson Bakery (for unique Danish and Japanese fusion) and Sct. Peders Bageri & Konditori (Denmark's oldest baker) for the BEST cinnamon swirls in the city.

Once you're good and fueled up it's time to make a few rounds! For art and culture aficionados, the Louisiana Museum of Modern Art is a must-see. Etage Projects, Thorvaldsens Museu and Copenhagen Contemporary (Immersive Art Experience) are other fabulous options.

For shopping, I absolutely LOVE a well-curated retail experience, and The Apartment satiates every fiber of my being. It's most a home furnishings retailer, but the store's beauty alone makes it worth a visit. Other outfits to consider checking out include Holly Golightly (an appointment-only consignment shop), Jerome Vintage, Stine Goya and Eleven o.

Frederiksberg Have is a gorgeous outdoor garden for a lovely late morning stroll, and for Architecture buffs, Bagsvaerd Kirke (a gorgeous church) lives up to the all the design hype bestowed upon it.

It's time for lunch, and for me that means one thing: Psyche Café, a culinary concept founded by Mati Pichci (former chef at Atelier September, who also staged at Noma) and Theophilos Constantino (of Paradigm Publishing and Psyche Organic Olive Oil). Birthed from a mutual respect of food and culture, Psyche Café is a space where travelers and locals dine on farm-to-table, hand-prepared food while feeling at home.

What initially began as a seasonal residency has ballooned into a demand for a year-round brick-and-mortar space due to open in 2023. A self-taught cook and food storyteller, Pichci's inspiration comes from both the Mediterranean and Far East, and is based on simplicity and honesty.

I can attest, his signature French omelette is one of the fluffiest and juiciest I've ever eaten — and it's topped w/ shave black truffles. His dishes are meat-free, but still full of umami.

Another pillar of Mati’s cuisine is Psyche Organic’s biodynamic olive oil, whose flagship showroom is on Jægersborggade, in the trendy Nørrebo neighborhood. This humble culinary collective and their band of brothers and sisters are truly impressive. As Theo tells it, "[Our place] is unlike any other place in the city because we aren't trying to be like anyone but ourselves, two amateurs having a great time sharing food, music and stories inclusive to all people."

Café Duse next to the Round Tower in City Center: Think high tea at the Plaza Hotel. This café is straight out of an English romance novel, but with delicious Italian delights crafted by chef Melissa Forti. Homemade cakes and pastries accompany a vast selection of teas and coffee, plus a balanced offering of savory bites. The Pesto Testaroli was so insane, I went back two days in a row for that dish alone. The café also boasts luxe plating and a sophisticated atmosphere.

Brdr Price : a classic experience everyone should try!

Stroll to see the architecture and gardens

After lunch, continuing to explore the city is never a wasted option. One site to consider the Church of Our Savior's twisted spire — but I must warn you, if you're planning on climbing to the top, do NOT drink at lunch! The steps to get to the top of the spire might make St. Peter's Basilica in Vatican City look like easy street, but it's absolutely worth it. Panoramic views of the entire city stretch as far as suburban areas in Sweden. Pristine!

Travelers who enjoy a little legalized herbal refreshments will soon understand why Copenhagen is still considered "Freetown." Pusher Street is certainly worth a walkabout to see how a small community of people have maintained their lifestyle amongst the constantly changing outer neighborhoods. If you do take the stroll, be sure to stop into Gronsagen Christiania for some delicious local organic food.

Tivoli Gardens is also excellent fun. From the amusements and shops to the gardens, you can get lost in this enchanted forest all day. My preference is to visit at dusk, when the lights shimmer against a violet sky.

Take a dip in the spa and venture the city cemetery

If all the eating and walking has tired out your feet, then head to the spa for a late-afternoon soak before the evening hours — Aire Ancient Baths has an outpost in Copenhagen.

Off the beaten path: Visit Assistens Cemetery for a stroll at dusk. It's truly beautiful, especially on a misty afternoon, as the cemetery doubles as a park. During winter, when the sun sets before 4:30, head from Nørreboro back to the city center for a moment straight out of a Charles Dickens novel. During the spring and summer months, you'll often find locals sunbathing and picnicking on the grounds, a sprawling green oasis.

Enjoy a fine dinner and dance all night

Nothing is worth doing unless food is involved, and I often schedule my days and outings around food.

For Drinks & Aperitivos: Boilerman Bar at the 25Hours Hotel serves up a great mix of specialty and classic cocktails, with an equally impressive playlist (90s R&B, 80's British New Wave, Chicago house music...). Enjoy a classic Negroni or Martini, a surprisingly delicious Caipirinhas or a glass of your favorite vintage in the dimly lit bar, atop leather and velvet barstools.

Looking for more inspiration on traveling to Copenhagen? Check out our foodie guide, as well as our guide to family travel in Copenhagen.