The Best of Bangkok: A 3-Day Itinerary 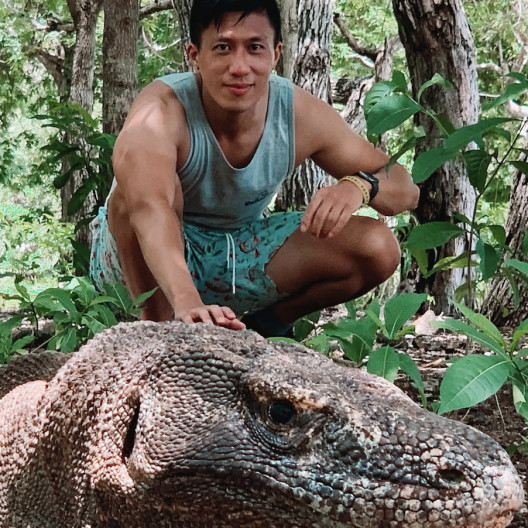 Bangkok is the perfect city in so many ways. You can choose your own adventure, whether that means sipping cocktails at one of its many vibrant rooftop bars along Sukhumvit road or exploring its narrow alleys in Talat Noi. Eat at some of the world's most renowned restaurants or have the most flavorful dishes in your life at an unassuming food stall on an unassuming street. It's safe, easy to navigate around by public or private transport, English-friendly, and above all, just fun. Plus, the city is the gateway into the rest of Southeast Asia. No matter what you do, there's never a dull moment, and a lifetime of memories will await you.

Book with David to access exclusive perks and experiences on your trip.

Contemporary luxury hotel boasting refined rooms and suites with floor-to-ceiling windows, two restaurants and a saltwater pool in the heart of Bangkok.

Modern sky-rise hotel in the heart of Bangkok with sleek rooms.

Sleek B&B for adults-only with polished rooms and suites.

Unlock perks by contacting David to book your trip.

Despite the heat and humidity, Bangkok is very much a walking city! Be sure to take breaks and hydrate along the way. Cute, cozy cafes can be found all over the city, so pop into one if you spot an interesting place.

Start the day with lunch at Rongklannuea along one of the quieter thoroughfares in Chinatown (also called Yaowarat). Delicious aromas of beef and star anise from the enormous stove pot will greet you at the entrance. Opt for the Worthy (medium) portion because you're always worth it.

When you've had your fill of beef noodle soup, stroll along to Wat Traimit Withayaram Worawihan (commonly known as the Golden Buddha). The Buddha statue housed on top is – that's right – solid gold, with varying degrees of purity. There's a really amazing story about the history of this statue as well. It's a sight worth seeing.

Depart the temple before becoming a gold bug and head towards the adjacent neighborhood of Talat Noi. Roads will narrow into alleys, and the audible distractions will dampen considerably. Wind your way past the many motorbike mechanic shops to Citizen Tea Canteen (closed Wednesdays). Thai Milk Tea can be considered the national drink, and with four different kinds offered here, why not try all of them?!

With replenished energy from the caffeine and sugar rush, continue south to Warehouse 30, a complex filled with art galleries and crafts. There's seemingly always a special event going on, so be sure to check that out too. Then make a quick detour around the corner to see the General Post Office. This massive structure built with Art Deco motifs is still a functioning post office! Go inside to see for yourself and perhaps send a postcard too. If open, go up to the rooftop and see sweeping views of the city.

Dinner awaits at Sam Lor (closed Tuesdays, call ahead for reservations). A modern take on traditional Thai dishes, a favorite with diners is the omelette over rice. Cap off the night with a return to Chinatown and a drink at Tep Bar. Cocktails are inspired by local flavors, and live traditional Thai music plays on the ground level every night starting at 8pm.

Day 2: Museums and a Mall

Today's exploration focuses around the busy central Siam district. Known mainly for its malls and high fashion, there are plenty of other activities to do besides shopping. Begin the morning with a visit to the Bangkok Art & Culture Centre (closed Mondays), the city's premier art museum. When you think you're at the top floor of the museum, there's even more – keep going up and then look down - you won't be disappointed with the view.

Afterward, head across the raised walkway to the MBK Center. It's the only mall on this 3-day itinerary. It's not the fanciest mall, and it's not the newest mall, but it's definitely up there in terms of excitement and sheer human traffic. Take a brief stroll along its many floors, and pick up some affordable apparel, a charger that was lost during a previous trip, or even a custom-made suit. Have lunch at the 6th-floor food court called Food Legends. Mall food courts are legendary here, unlike any in the West. This one will have made-to-order food from various regions of Thailand and beyond. The food is delicious and inexpensive – exchange money for a meal card, and eat away.

After lunch, a short walk away is the Jim Thompson House Museum and the adjacent Jim Thompson Art Center. He popularized Thai silk to the Western world, and equally fascinating is the mystery shrouding his disappearance which is unsolved to this day and has given rise to many conspiracy theories. Get yourself a silk scarf from the museum shop as a token of remembrance.

Reward yourself from all the cultural learnings with a drink at Paradise Lost (closed Mondays), a beautiful rooftop bar designed as if you're sipping cocktails in Los Angeles. The best part is catching the sunset on a clear, sunny day with great views of the city. The mocktails are also deserving of a taste for those wishing to skip the alcohol entirely.

For dinner, head to nearby Jeh O Chula, reservations are not required but strongly recommended to avoid waiting for multiple hours. Earning a Michelin Bib Gourmand award, the must-try dishes are the Tom Yum soup pot, the crispy pork and the Thai spiced salmon sashimi. Dishes will be spicy but easily managed by eating slowly with a cold glass of Chang beer.

Rattanakosin is the historic core of Bangkok, filled with palaces, temples and government buildings. Once fortified with city walls all around, they are mostly gone now. The morning kicks off with a trek up to Wat Saket, the only hill (though manmade) in the city. Trek up the nearly 350 steps with beautiful 360-degree views of the city.

The world-famous Jay Fai restaurant (closed Mondays and Tuesdays) – popularized by Netflix's Street Food – is just down the hill, but with wait times stretching for up to four hours, it might not be a viable option unless you go there before 8am and put your name down on the waiting list. If not, just snap a picture of the legendary chef herself – Supinya Junsuta – wearing her iconic black workmen goggles as she's wok tossing a delicious crab omelette. An alternate option is Krua Apsorn (closed Sundays), which also has an amazing crab omelette. Other items to sample are any of its curry dishes and the stir-fried cowslip.

After eating your fill of seafood, hop on a short taxi ride over to the Grand Palace, an opulent and sprawling royal residency complex, which is still used for official ceremonies. Allot 1 to 2 hours to cover the palace grounds, and note that it closes early at 3:30 PM daily. If you're feeling up for one last temple visit, make a quick stop to see the Wat Pho, which houses a 150 feet long reclining Buddha, one of the largest reclining ones in the world.

To catch the sunset and get an early start to dinner, head to Supanniga Eating Room, Tha Tien situated right next to the Chao Phraya River. Here Northern Thai dishes will light up your palette. Try the pomelo salad with grilled prawns, the larb mushroom and the beef Isan steak. What's special about the location of this restaurant is not because it's by the water. Look across it and you'll have your answer – beautiful Wat Arun and its unmistakable landmark spire. Enjoy the food and ambiance while the last few minutes of the day recede into the background, concluding an adventurous journey into the heart of Bangkok.