Sun, Sea & History: Guide to a Vacation in Malta 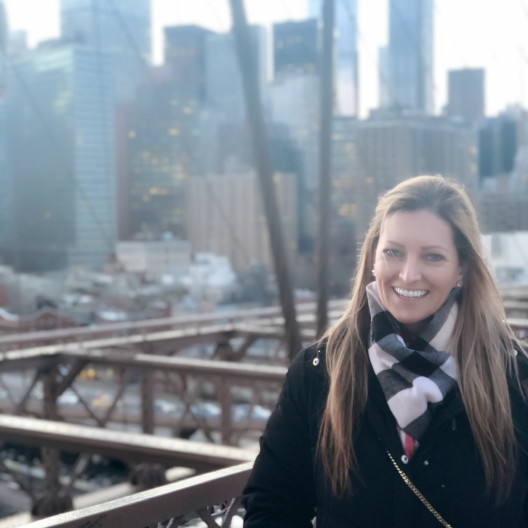 Perfectly positioned in the centre of the Mediterranean, Malta and its sister islands of Gozo and Comino, provide a year round destination thanks to their mild winters and hot summers. If the best things come in small packages, then at just 122 square miles, Malta is a testament to that - it has temples that are older than the pyramids, medieval towns perched on hilltops, fortifications built by the Knights, sparkling blue seas, incredible food and wine and a unique culture that has been influenced by its many occupiers over the centuries. If you are looking for a European destination that has it all, Malta is it.

Book with Tessa to access exclusive perks and experiences on your trip.

Where to stay in Malta

Medieval hotel in a 17th-century palace with antique, art-filled rooms.

Set in a historic stone palazzo, this posh hotel in Malta offers chic rooms and a rooftop bar boasting views of the city and the sea.

Elegant and palatial hotel surrounded by lush gardens in the heart of Malta.

Unlock perks by contacting Tessa to book your trip.

Things to do in Malta

Travel back in time and visit one of the prehistoric temple sites like Ħagar Qim, Mnajdra or Ġgantija, spread throughout Malta and Gozo. Don’t miss the impressive underground maze of chambers at the Ħal Saflieni Hypogeum. If you’re interested in Malta’s Roman past, visit the town of Rabat where you can find catacombs and the remains of a roman villa, Domus Romana, which still has original mosaics in place.

One does not have to look very hard to see the legacy that the Knights of St. John left on the island as the capital city of Valletta, a UNESCO World Heritage Site, was built by the Order and still stands in all its magnificence today. Valletta is home to dozens of museums, palazzos, monuments and churches - the most impressive of which is St. John’s Cathedral. The Cathedral holds the tombs of several Grandmasters of the Order and the cathedral museum boasts a Caravaggio painting “The Beheading of John the Baptist”. The Baracca Gardens offer a commanding view across the Grand Harbour to the Three Cities, also built during the Knight’s reign, and you can take a traditional Maltese gondola ride to them from the Valletta waterfront.

The beautiful medieval city of Mdina is another historic gem, and dates back even further than Valletta. It is one of my favourite places to spend an afternoon walking round its shaded alleyways and sqaures, especially on a hot summer day. Visit the Mdina dungeons for a glimpse into Malta’s macabre past under the French occupation, or Palazzo Falson which is the oldest house in Mdina to have survived the 1693 Sicily earthquake.

Malta’s culture is as diverse as its history. Its occupiers have included Phoenecians, Romans, Arabs (the Maltese language is most closely related to Arabic but written in the Roman alphabet), French and (until the 1960s) the British - which means most of the population speak English fluently. Catholicism played a big role in the island’s identity; village life is centered around its parish church and piazza and during the summer months you can go to one of the village feasts that are dedicated to their respective patron saint.

Festivities last a week to ten days, culminating in the feast day itself where the statue of the saint is paraded through the streets to the sound of a brass band; fireworks and catherine wheels, which are still made by hand, put on an impressive show; and people eat and drink in the streets while catching up with friends and neighbours.

The warm waters of the Maltese islands make it a big scuba diving destination. Whether you are an experienced diver or would like to try it for the first time, and maybe get certified on your trip, there are many dive schools that offer courses or guided trips to dozens of dive sites. I caught the diving bug in 2018 and always book a couple of dives when I visit. There are several wreck sites of boats and WWII planes that are really fun for those looking for adventure on their dive.

Watersports are available to rent at most of the beaches and resorts at the north end of the island or if you prefer to take a boat trip, a day at Comino’s Blue Lagoon is fun for all ages.
If staying on land is more your speed, take a day trip to Gozo and go on a quad bike tour of the island.

When you need a break from the sightseeing and adventure, why not book an afternoon at one of the many excellent spa’s on the island. One of my favourites is at the Golden Sands Resort. Located by the sea, when you are done being pampered you can enjoy an alfresco cocktail or dinner while listening to the sounds of the waves.

Malta has a very vibrant nightlife and cafe culture. The main area for bars and clubs most popular with a younger crowd can be found in the Paceville area of St. Julian’s but Valletta has come alive in recent years and offers a much more sophisticated nightlife scene with cocktail bars, live music and restaurants open till late at night. Malta also hosts international DJs for parties throughout the summer months.

Gozo is a short 30 min car and passenger ferry ride from the north end of the island and is a smaller more laid back version of Malta.

Comino can be accessed by a smaller boat from the north end of the island. It is a tiny island with one hotel but it’s blue lagoon is a popular swimming area.

Sicily is 60 miles to the north of Malta and day trips are offered by catamaran with coach tour and stops at Mount Etna, Taormina and Catania before returning to Malta in the evening.

Places to eat & drink in Malta

Maltese Pastizzerias: Can be found in every town and village and offer traditional pastries called Pastizzi (filo pastry parcels filled with savoury ricotta or peas) that are delicious at any time of the day. They also serve other snacks like pizza by the slice, sausage rolls and cold drinks. Be sure to try the Maltese bread too, which is served in most restaurants with your meal, and in my opinion is the best bread in the world!

Manouche Cfraft Bakery: A modern take on the traditional french bakeries and bistros, they are open from breakfast to dinner.

The Hilltop Restaurant: A restaurant in the north of the island serving Mediterranean cuisine for lunch and dinner.

Trattoria A.D. 1530: Tucked away in a piazza in the Medieval city of Mdina serving lunch and dinner, they have a varied menu that includes some of the best pizza and pasta you’ll ever taste.

The De Mondion Restaurant: If you’re looking for a fine dining restaurant with fabulous panoramic views from the Mdina bastions, this Michelin starred restaurant inside the Xara Palace Relais & Chateau hotel is the place to go.

Acqua Blu: A seafood restaurant in one of the historic Three Cities. Sit by the edge of the water and enjoy your lunch or dinner while looking out across the grand harbour to Valletta.

Wagyu: Also in Valletta, this is an Asian Fusion restaurant serving sushi, curries, noodle dishes and an impressive cocktail menu. There is also an upstairs bar with music if you are just looking for somewhere to enjoy a classy cocktail.

Terrazza: Jump over to Gozo (Malta’s sister island) to enjoy an array of dishes and cocktails artfully prepared using local ingredients overlooking the picturesque bay of Xlendi. Get there in time for sunset - it won’t disappoint.

Ta'Tona: Also on Gozo, this family run restaurant is open for dinner during the summer months, and serves Mediterranean cuisine right by the harbour so you can take the ferry across and return after dinner.

La Nostra Padrona: Located in the fishing village of Marsaxlokk and specializing in seafood, you can roam the Sunday market then have lunch right by the water’s edge as you watch the fishermen bring in their catch.

Ta Marija: Serving traditional Maltese food since 1964. The national dish of Malta is rabbit which can be prepared as a stew or fried and is delicious.