Outdoor Adventure and Dining in Iceland 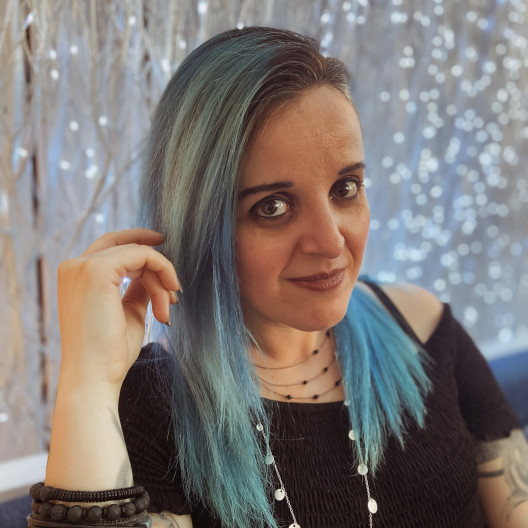 Iceland is beautiful, rugged, unspoiled and certainly magical. In the summer, the midnight sun is incredible – the almost endless white nights allowing for those extra few miles, or that extra stop at the end of a long day. It’s easy to get lost in the need to see everything this beautiful country has to offer. Some of my favorite moments are also spent in the late evenings, breathing in the cold air while soaking in Iceland's stunning geo-thermal spas after a long day of hiking.

Book with Ana to access exclusive perks and experiences on your trip.

Where to stay in Iceland

This design trailblazer is still one of the city’s best boutique sleeps, in a prime downtown location perfect for first-time visitors.

An architectural gem and your base for exploring the lava fields of Thingvellir National Park.

Unlock perks by contacting Ana to book your trip.

Things to do in Iceland

If you really want to take in the beauty that is Iceland, you’ll want to drive around the Ring Road. But before you do that, visit the capital city because believe me, it won’t compare to the rest of the country. Walk the rainbow road up to Hallgrimskirkja, get your souvenir shopping done early on Laugavegur. Make your way down to the Sun Voyager and walk along the waterfront to the Harpa Concert Hall. Be sure to visit the Old Harbor and have one of Iceland’s famous hot dogs with everything on it. You won’t regret it.

Soak in the hot springs

Everyone knows the Blue Lagoon, and I’d say it’s definitely worth a visit for its milky blue waters and overall experience. For a more local vibe, check out the Sky Lagoon, only minutes from Reykjavik’s city center. This man-made lagoon feels incredibly organic as you weave your way through the jutted rock formations toward the North Atlantic. If you have the time, splurge a little on the Seven Step Ritual experience.

In Akureyri, Forest Lagoon just opened up a few weeks ago and it is very much the local hang out as well. Much smaller than either Blue or Sky Lagoon, Forest Lagoon is tucked away in the forest overlooking Akureyri. Late in the evening, you’ll be able to watch the sun come down on the fjord. Also in the North, Mývatn Nature Baths is often referred to as the Blue Lagoon of the north. Here you’ll find the same milky blue water, but without the crowds. It is gaining popularity, however, so I would recommend booking tickets ahead of time, especially if you’re visiting in the summer.

On your way toward the Eastern Fjords, make a stop at Vök Baths. Completely different from all other spas mentioned above, Vök Baths boasts floating geo-thermal infinity pools on a lake. You can literally get out of the pool and take a dip in the lake, if you’d like. And if that isn’t enough of a selling point, I don’t know what is. (It was for me!)

Admittedly, the drive from Borgarnes to Akureyri (if you’re driving clockwise) can get a little dull until you reach the amazing mountain pass that leads into the capital in the north, but the payoff is worth it. While the South gets the reputation and the heavy tourism, the north has so much to offer. This is where you’ll find Goðafoss, the waterfall of the gods and Dettifoss, the second most powerful waterfall in Europe. Near Mývatn Lake, you can walk around Námaskarð which literally looks like another planet (though watch out for the sulfur), and visit Ásbyrgi, a horseshoe canyon housing an incredibly lush forest. Stop off in Húsavík for a chance at spotting some whales right off the coast, and make your way across to the tiny town of Raufarhöfn for a glimpse of Arctic Henge. Time it just right, and you’ll be able to see the midnight sun align through the structure during the Summer Solstice.

You’ve made it this far, time to go south along the Eastern Fjords but do not miss a stop at Stuðlagil Canyon. Follow the gravel road all the way until you see two levels of parking lots, and then get ready to walk another 1.25 miles to the canyon. Be sure to wear sturdy waterproof boots if you’re looking to get down to the water. The path is muddy once you reach the canyon, and the descent takes you down the basalt columns, which can be slick and a hard climb for someone with mobility issues. From there, head to Seyðisfjörður and take a photo on the Insta-famous rainbow road. Keep in mind the mountain pass is steep and the area is often covered by low hanging clouds, giving way to heavy fog. Just drive carefully, spend some time in town and hopefully by the time you’re ready to drive back, the mountain pass will reveal itself to you. The East is home to the most untouched, rugged landscape I’ve ever seen. Venturing off the Ring Road will put you on gravel roads through the mountains, so it’s really a matter of personal taste here – the Ring Road will take you around the fjords, which is a beautiful drive, but so are the mountains.

One of the highlights of my recent trip was a 3-hour glacier walk. If the group is small enough, your guide will be able to spend plenty of time with you on the ice and explain so much about the glacier and the overall topography of the area. Considering the current climate change, much of the ice we see now will be gone in less than a decade, so it was truly humbling to stand there and take it all in. Be sure to visit Diamond Beach and Jökulsárlón along the way. It sets the stage for the main event.

Chase waterfalls in the south

Aim to visit the south coast in the late evening (or early morning) hours and you might be lucky enough to have some of the famous waterfalls – Skogafoss and Seljalandsfoss all to yourself for a little while. Walk far enough along the coast at Reynisfjara and that too will be a peaceful little haven for some time. Since most tour buses stop at all the major attractions on the south coast, you’ll definitely want to plan your day accordingly.

Eating out in Iceland can definitely add up, but budget-conscious travelers can stock up at various discount grocery stores around the country. You’ll want to look for Bonus and Krónan, but keep in mind they’ll rarely be open past 8/9pm. The rare 24/7 store does exist in both Reykjavik and Akureyri, and it’s an oasis when you lose track of time on the road. Iceland has also managed to make tasty pre-packaged sandwiches to suit any palate, so if you know you’ll be on the road, stock up at your local convenience store or grocery store. It’ll feel amazing after a day of hiking.

Located on Laugavegur in Reykjavik, this cozy café warrants the visit for their selection of meat or vegetarian soups served in a delicious bread bowl.

Tucked a little away from the main road in Vik, Suður-Vík offer a good selection of local beer, wine, pizza, burgers and even a curry all with a local Icelandic flair. Also as a bonus, if you sit at the window, you’ll have a great view of the sea stacks at Reynisfjara Beach.

Located in Kirkjubæjarklaustur, this lively bistro is a top-notch spot to replenish your strength after a glacier walk. Good selection of pizzas and local fare. Best arctic char I’ve ever had!

More of a pub than a bistro, this quaint little spot can be seen right off the main street in Seyðisfjörður. Their pizzas are interesting and incredibly tasty, they also offer healthy salads and a pretty awesome risotto. Make sure to leave room for coffee and dessert.

Located right near the tunnel in Borgarnes, this bakery/café makes a great morning stop for coffee and fresh pastries.

Once you know your travel dates, even before you book a flight, get your rental car out of the way. Especially if you only drive automatic transmission (manual is the standard all over Europe), or if you’re looking to visit the Highlands (you’ll need a 4x4 and they sell out quickly).

Iceland is for the most part a cashless country, which makes it incredibly convenient. You won’t ever have to exchange your money for krona. But be sure to have a credit card with a chip and pin you’ll use for gas. Most gas stations are unmanned, and all transactions will be cashless. Pro tip: never hit “fill tank” and never use your debit card. The station automatically places a hold 2x-3x the amount of gas you selected, which will deplete your funds until it is eventually released three to five business days later.