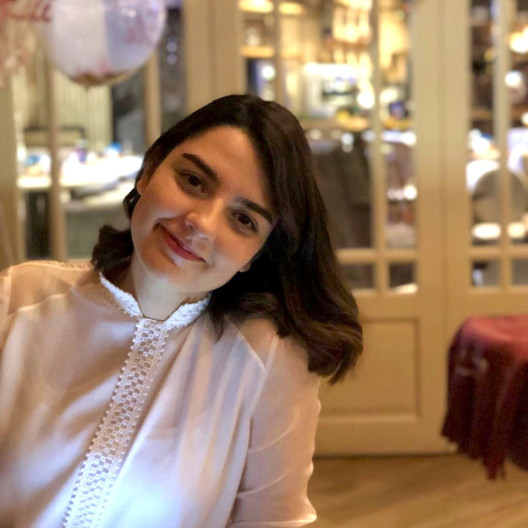 Istanbul, Turkey’s cultural and financial hub, bridges both Asia and Europe physically and culturally. You won’t run out of historical or cultural places to visit here! This guide lists the top 10 historical locations you should not miss out on when you visit Istanbul.

Book with Ellie to access exclusive perks and experiences on your trip.

Where to stay in Istanbul, Turkey

A boutique favorite since the 1950s, with a summertime rooftop bar scene that’s not to be missed.

A palatial stay between the Blue Mosque and Hagia Sophia in the heart of the historic district.

In a 19th-century former palace, stay here for the decadent interiors, traditional hammam, and Bosphorus views.

This gleaming modern tower hotel is in a prime location beside the Bosphorus.

All the glam decor and fun nightlife you’d expect from W, plus a central location for exploring the city on foot.

Sumptuous urban resort on the banks of the Bosphorus, with a must-visit spa and terrace restaurant.

Live like a Sultan at this former palace overlooking the Bosphorus strait.

Unlock perks by contacting Ellie to book your trip.

Things to do in Istanbul, Turkey

Learn about culture at the churches & mosques

Stand in awe with the magnum opus of the Byzantine Empire, the Hagia Sophia. Built in the 6th century, Hagia Sophia (also known as Aya Sofia) was an orthodox church for nearly a millennium! It was then converted into a mosque in the 15th century and later turned into a museum in the 20th century. Although it has currently turned back into a mosque, it is still completely open to visitors outside of prayer times.

Hagia Sophia’s massive yet intricate dome is absolutely breathtaking – the gold Christian mosaics juxtaposed with the meticulous Islamic calligraphy. All in all, the rich history, marvelous architecture and sacred importance make it a must-see in Istanbul.

Just a short walking distance from Hagia Sophia you’ll be faced with yet another magnificent structure with rich history – the Topkapi Palace, home to a number of Ottoman Sultans for four centuries. Besides its marvelous view of the Sea of Marmara, the extensive rooms lushly designed with tiles, fascinating weaponry and historic objects make the museum a high priority item during your visit.

Sultanahmet Mosque is one of the most photographed structures in Istanbul. The 17th century old building got its famous name “The Blue Mosque” due to its walls covered with over 20,000 hand painted blue tiles. Don’t miss out on the iron chain that is hanging over the entrance of the courtyard – legend says it was put there to remind the Sultan to lower his head as a sign of humility when entering.

Want to travel back in time? Step into the Basilica Cistern. Also known as the Yerebatan Sarnici, this magnificent attraction stored and provided drinking water to the nearby regions. By stepping into the cool and dark underground and being faced with the ancient columns, some of which feature the upside-down head of Medusa, it is impossible not to feel like you are traveling back in time.

Dust off your history knowledge at the museums

The Istanbul Archaeology Museum is divided into three parts: Archeology, Ancient Orient and Islamic Art. Your old city Istanbul journey would not be complete without visiting this treasured place filled with over one million artifacts from several regions (e.g., Balkans, Ancient Greek, Roman and Mesopotamia to name a few).

Have a moment of silence in the Sent Antuan Kilisesi. Built between 1906 and 1912, this majestic church is the largest and most striking church in Istanbul. Located in one of the busiest districts, Beyoğlu, the church will offer you a calm, tranquil moment of silence and reflection away from the hustle and bustle of your day.

Immerse yourself in historic luxury by stepping into the Dolmabahçe Palace. This luxurious palace was built in the 19th century on the shores of the Bosphorus. Aside from being home to several Ottoman Sultans, this place became all the more prominent when it became Mustafa Kemal Ataturk’s presidential residence and place of death. With its 285 lavishly designed rooms, crystal staircase, garden and incredible location it is definitely worth a visit!

Take in panoramic views and bargaining at the bazaar

Want a panoramic Istanbul? The Galata Tower is the spot to enjoy a panoramic view of Istanbul. Used as a long-term fire observatory, the tower is one of the world’s oldest towers dating back to 507-508 AD and has become the symbol of Istanbul. Today the top floor offers an observation deck where you can witness Istanbul right under your feet.

Being one of the world’s oldest and largest covered markets, the Grand Bazaar delivers you a whole sensory overload in the best way. Test your bargaining skills at the thousands of shops inside its maze-like streets. You can find anything from Turkish ceramics, teas and spices, all the way to carpets and fabrics. Even if you are not planning to buy anything it is still worthwhile to immerse yourself into the historic atmosphere of the Grand Bazaar.

A note from Ellie

Just like Hagia Sophia, the Blue Mosque is actively functioning as a mosque and therefore should be visited outside of prayer times – modest clothing is recommended.

If you are planning to make any purchases, make sure to put your bargaining hat on and show no mercy!

Zuma Istanbul: With over 16 branches worldwide, Zuma has been the epitome of modern Japanese cuisine in Istanbul. The menu offers a variety of dishes that come from Zumas’ three different kitchens – the main kitchen, the sushi bar and the robata grill. If you are dining alone or as a couple, try sitting at the sushi bar or robata grill – you’ll be able to witness your food being prepared and have a chance to talk to the chefs.

Vogue: One of the winners of Time Out Istanbul Eat & Drink Award, Vogue is located on the top floor of BJK Plaza and has been serving Istanbul for the past 25 years. With its chic and minimalist decoration and a menu that offers food from all over the world, it would be fair to say that Vogue is a must-visit of Istanbul. Don’t miss out on the terrace to experience an unhindered view of the Bosphorus while sipping on a nice cocktail.

1924 Istanbul: Wouldn’t you want to dine at a restaurant that had Mustafa Kemal Ataturk, Agatha Christie, Mata Hari and Greta Garbo as frequent visitors? 1924 is a Russian restaurant that perfectly combines the old and the new by offering Russian classics as well as dishes from Eastern Europe. Their unique cocktails are a great way to start off your weekend.

Sunset Grill and Bar: As far as luxurious meals with a magnificent view go, Sunset Grill and Bar should undoubtedly be considered as one of the premier restaurants of Istanbul. Be it for a work dinner or a romantic night out, Sunset would not fail to satisfy you as a fine dining staple.

Mikla: Mikla is not only one of the best restaurants in Turkey, but it is among the best in the world! Located on top of Marmara Pera Hotel and led by the acclaimed Finnish-Turkish chef Mehmet Gurs, Mikla will not only treat your eyes with a mesmerizing view of Istanbul, but it will also treat your palate. Mikla is one of Istanbul’s most creative and delicious fine dining experiences.

Karakoy Lokantasi: One of Istanbul’s iconic spots for lunch or dinner, Karakoy Lokantasi offers you a heavenly taste from Ottoman empire cuisine. At dinnertime the restaurant becomes one of the most prominent meyhanes (a term used for a traditional Turkish restaurant that serves alcoholic beverages) in town, delivering mouth watering mezes that you can enjoy with raki – Turkey’s national drink, made of twice distilled grapes and aniseed.

Beyti: Beyti Guler and his father started a modest eatery with only four tables in 1945. As their delicious roadside diner gained popularity, the modest eatery soon grew to become a 200-seat restaurant. Make sure to try out the marvelous Beyti kebap while sitting in the restaurant of the man with the same name!

Sarnic Fine Dining: Wouldn’t you want to dine in a 1,500 year old water cistern? This chique, unforgettable experience treats you with absolutely flavorsome Ottoman inspired dishes. The historic ambience of the restaurant, with its massive columns and captivating dome, provides a whole other reason to put this restaurant at the top of your Istanbul list.

Mukellef Karakoy: Owned and led by TV Chef and restaurateur Arda Turkmen, Mukellef is a meyhane that one of a kind mezes. With its spectacular view and elegant design, this restaurant should be at the top of your list to taste special, authentic Turkish Mezes and cuisine.

Neolokal: Helmed by Maksut Askar, Neolokal is the symbol of how fine dining and socially responsible eating can coexist in a restaurant. Neolokal uses ingredients that are responsibly and sustainably harvested from all corners of Turkey. The world-famous dishes made with local produce will have you traveling through history, culture and tradition with your palate (hence the name “neolocal” or “neolokal” in Turkish). Try the tasting menu for a truly spectacular experience!

Looking for more recommendations in Turkey? Check out my guide on Exploring the New Istanbul & Its Particularities.