9 Days of Ancient Exploration in Egypt 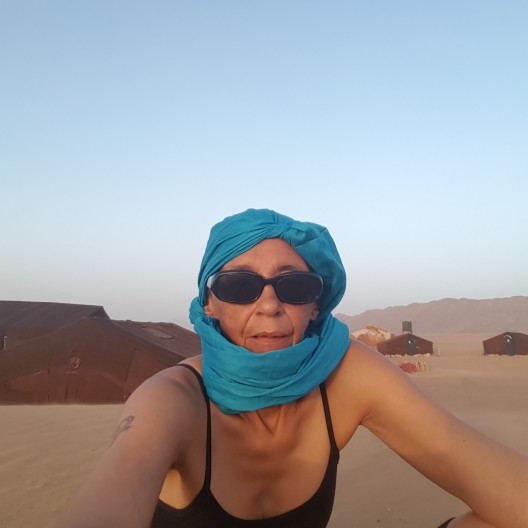 Walking in the footsteps of the kings and queens of ancient Egypt and cruising down the banks of the Nile will have you dreaming of the kingdoms of Lower and Upper Egypt! Here is a 9-day itinerary to guide you through exploring this magical part of the world.

Book with Della A. to access exclusive perks and experiences on your trip.

Just outside Cairo, this vast luxury sleep has an ornate style, an 18-hole golf course, heated pool, three international restaurants, and direct views of the Pyramids.

Five-star luxury with refined rooms on the shores of the Nile River in Cairo.

5-star luxury Nile Cruise with modern cabins and suites, plus a restaurant and lounge.

Unlock perks by contacting Della A. to book your trip.

Then, enjoy a whole new experience of the Pyramids of Giza by watching the Sound and Light Show - one of the best evening activities around Cairo. Learn about the history of the pyramids during the entertaining show and get close to the Sphinx and other pyramids to take pictures. Included Cairo hotel pickup and drop-off make this a seamless experience.

Start your Egypt and the Nile tour at the Giza Plateau. Site of the pyramids of Cheops, Chefren and Mycerinus, built in the fourth dynasty (approx. 2550 BC), it is the only survivor of the seven wonders of the ancient world.

Explore the interior of one of these legendary pyramids and ride like a local on
camel back (at your leisure). Visit the Solar Boat Museum, site of King Cheops funerary boat and see the great Sphinx.

Tip: Have your pictures taken aboard a camel with the Pyramids as your backdrop or jump on a 4-wheel vehicle and take a ride around the pyramids.

Day 3: Travel from Cairo to Luxor

Begin your day of exploring with a trip to the Temple of Karnak, where
generations of pharaohs wished to record their names. Walk through the great
hypostyle hall which is a veritable forest in stone. It’s expertly aligned 134 colossal
papyrus columns surge into the sky in an impressive array of ancient workmanship.

Continue to visit Luxor Temple, the front of the Temple was built by Rameses II, while the oldest and the rear part was begun by Amenhotep III and completed by the young pharaoh Tutankhamen. Luxor Temple has been in almost continuous use as a place of worship right up to the present day. Then, transfer to your M/S. Blue Shadow Nile Cruise.

Have lunch &dinner on-board the cruise & spend an overnight in Luxor.

Tip: Check out the Karnak Light and Sound Show.

Day 4: Tour of Luxor / West Bank of the Nile

Early this morning, enjoy hot air balloon journey over the Valley of the Kings and Queens, then explore the Necropolis of Thebes on the west bank of the Nile. Visit the Valley of the Kings, used as a burial ground for a period of 500 years beginning in the 16th century BC. Tombs were cut along this valley for pharaohs and nobles, including
that of the boy king Tutankhamen. Founded in 1922 by British archaeologist and
Egyptologist Howard Carter, the tomb of Tutankhamen is yours to discover, as you set foot inside its 35-century-old walls.

Later, stop at the lovely Temple of Hatshepsut, ancient Egypt’s first female pharaoh
and regarded today as one of its most successful. Also, enjoy a photo stop at the Colossi of Memnon. Back to your Nile Cruise and set sail to Edfu via Esna.

Visit the Temple of Horus at Edfu, dedicated to the falcon-headed god of the sky. Built between 257 – 57 BC, the temple once buried in sand and debris. This stunningly the best preserved and colorful structure reveals what temple worship in ancient Egypt was like.

Get back on your cruise and travel to Kom Ombo.

Disembark at Kom Ombo (mound of gold) to visit the Greco-Roman temple dedicated to Haroeris (the sun god) and Sobek (the crocodile god), considered the creator of the world by some ancient Egyptians. Whilst here, view the mummified remains of several crocodiles that once basked along the ancient Nile shore, just as their descendants do today.

Get back to your cruise and sail to Aswan.

At 4:30am start your journey to visit Abu Simbel Temples. You will drive for almost three hours to discover Abu Simbel Temple, the commanding twin temples of Ramses II
and his wife, Queen Nefertari. The Great temple façade dominated by four statues
of the pharaoh, each nearly 21 meters high. Perhaps even more impressive, this
entire site was disassembled and moved to save it from the floodwaters caused by
the Aswan High Dam. After Lunch on board, enjoy Egypt and the Nile with a ride around Elephantine islands, weather permitting!

Disembark after breakfast. Today, start your Nile Tour with a visit to the
impressive granite quarry and site of the unfinished obelisk. This monolith is one-third taller than any other ancient Egyptian obelisk, illustrating the skills of Egypt’s stonemasons.

Proceed with a motor boat ride to Philae Temple on the Island of Agilika. This sacred complex dedicated to the Goddess Isis and reflects a fusion of three great civilizations, Egyptian, Greek and Roman. The temple was dismantled and then painstakingly reassembled after the building of Aswan high dam. The high dam built across the Nile River in Aswan in the 1960s, and incorporating 16 times the amount of material that went into the Great Pyramid at Giza. It provides irrigation and hydroelectric power to much of Egypt.

Visit the Egyptian Museum of Antiquities, home to the largest collection of ancient Egyptian artifacts. Including the treasures from Tutankhamun tomb, discovered by Howard Carter in the Valley of the Kings in Luxor. View its famed Mummy Room, featuring the remains of Egypt’s pharaohs, including Ramses II.

After lunch, explore the Mosque-Madrasa of Sultan Hassan, built in 1356 AD and counted among the finest examples of early Mamluk architecture.

Next, walk from the twin-towered Bab el-Fotouh, a fortified gate in Cairo’s Old City
walls to Khan el-Khalili, one of the city’s major souks (open-air marketplaces). Browse the tightly packed stalls displaying everything from spices and leather goods to jewelry and vegetables, all on a street that has hardly changed for centuries. Bargaining is expected, so prepare to negotiate.

After breakfast, drive to Memphis, capital of the old kingdom of ancient Egypt and
now home to an open-air museum and a giant statue of Ramses II. Continue to Saqqara Necropolis, the site of hundreds of tombs and 14 pyramids, including the Step Pyramid of King Djoser. This evening, gather with your fellow guests to reflect on your journey through Egypt and the Nile with a farewell dinner on a Nile Cruise.