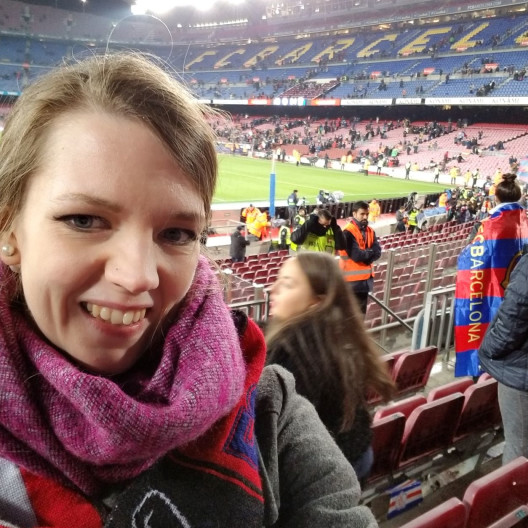 Ongi Etorri Euskadira! Welcome to Euskadi! This is the political region of the Basque Country in Spain. It’s become a food and culture destination as Basque chefs are becoming renown in gastronomy. It is a home to a very old culture that persisted despite trade with the Roman Empire, pioneering the shipbuilding industry in Europe and whose fishing practices allowed the Basques to form trade alliances with the Vikings. After all, it was a Basque who successfully circumnavigated the globe, surviving Magellan and it was Basques who introduced commercial whaling and the preservation of cod through salting that persists to this day. While San Sebastián may be the more famous city in the region as it was where Spanish royalty and nobility vacationed and where most of the famed Basque chefs such as Arzak are based, Bilbao is the arts and culture hub of a formally industrial city built on the iron industry that boomed during the 19th and early 20th centuries. I’m here to spill the beans on why this lesser-known, but cultural, powerhouse deserves your attention. Grab a txikito, pour some white wine and goazen!

Book with Elizabeth to access exclusive perks and experiences on your trip.

Where to stay in Basque Country

Fronted by the Guggenheim Museum Bilbao, this contemporary hotel features en-suite bathrooms with bathtubs in each suite, a roof terrace and Turkish baths.

A hallmark of the city of San Sebastian, this regal Spanish hotel offers top tier hospitality and was once a favorite destination for royalty and aristocrats of yesteryear.

Located in the heart of Old Town, this hotel has a wine bar at the reception.

The heart of luxury with exquisite interiors in Bilbao.

Contemporary, minimalist hotel with guest benefits including a personalized concierge service as well as a comfortable library area for reading or enjoying a drink.

Unlock perks by contacting Elizabeth to book your trip.

Things to do in Basque Country

Bilbao is truly the best place to base yourself for an immersive experience in the Basque Country. It’s the largest city in the region and has an extensive metro system due to the size of the metro area (known as the Gran Bilbao,) through which you can access many of Bizkaia’s incredible beaches.

The Guggenheim Museum is a must! When Bilbao won the lottery for the newest Guggenheim expansion project in the ‘90s, the city was worried it was going to go broke in preparation for it. However, the museum ended up receiving its 1 millionth visitor within 2 years of opening in 1999 and made back all the money spent both in the lottery and the project itself. Since then, tourism has boomed in the formerly forgotten industrial capital and the city is forever grateful. Even if you decide not to enter the museum, it’s an incredibly photogenic building and worth a visit to the outside. For the more traditional art fans, the Museo de Bellas Artes, a few blocks away, is home to galleries featuring Basque artists as well as other Spanish and international ones, and has many temporary exhibitions that are worth checking out. They are currently expanding and as of September 2022. Entry is free until expansion of the museum is complete. Just outside the museum is the Parque de Doña Casilda Iturrizar, which is an expansive park with duck ponds, fountains and a beautiful colonnade. Sit down, relax, have a cup of coffee and enjoy.

The Azkuna Zentroa is a former storage facility turned cultural center, with bars, restaurants and a pool. Each of the columns in the main atrium has a completely different design from each other. Iralabarri is known as the Notting Hill of Bilbao due to the brightly-colored houses built in the English style, nestled in a tiny corner of the city. It’s very hilly and has recently become one of the hottest Instagram-worthy sites in the city. It may not be terribly impressive if you’ve been to San Francisco and seen the Painted Ladies or Notting Hill itself, but if you’re willing to make the trek to another part of the city and a gem many locals don’t even know about, it’s a fun little corner of the city. Hop on the cable car in Deusto to head up to Artxanda, where you get some of the most privileged views of Bilbao. The entrance is near the Zubizuri, one of the designs that put Valencian architect Santiago Calatrava on the map.

Outside of Bilbao, head out to Getxo (pronounced “GEH-cho”), where you can see the Puente de Vizcaya, or the Puente Colgante, the first transporter bridge in the world, spanning the entrance to the Nervión estuary in Las Arenas and Portugalete which leads into Bilbao near the Port of Getxo. If you cross over to the other side of the river, you can walk along the river towards the port at Santurtzi. On the other side of Getxo, you have the Puerto Viejo de Algorta, the old fishing village nestled in a sandstone cliff. Sit down at the steps leading down to the water itself with a glass of Rueda or txakoli (traditional Basque white wine) and relax. The province of Vizcaya has some amazingly stunning beaches if you’re going during swimming season, such as Sopelana (where international surfing competitions are held), or Barrika which is beautiful all year round for views and stunning sunsets. Most of Vizcaya’s beaches face west, so watching the sunset over the cliffs is a once-in-a-lifetime experience. And of course, a stay in Bilbao is not complete without mentioning San Juan de Gaztelugatxe, the inlet made internationally famous for being heavily featured in Game of Thrones as the bottom half of Dragonstone. As the Basque Country is incredibly mountainous, there are very few vast stretches of beaches and instead most of them are enclaves surrounded by tall cliffs. They’re truly magical.

The Playa de la Concha has been ranked the best urban beach in the world and is perfect for a light stroll along the sidewalk. The Aquarium is great for kids, as is the amusement park located on Mount Igeldo that overlooks the Concha beach. Right along the shore is the Peine del Viento, an art installation by Basque sculptor Eduardo Chillida.

In the Basque Country, like the rest of Spain, small plates or raciones of tapas, which in Basque are called pintxos, are the most typical way to eat a meal. Most Basque food pairs best with either txakoli, a young white wine grown with a local variation of grape, or Rueda, a verdejo, or greenish, wine from Valladolid. (Especially if your meal consists of seafood.) If you’re going the heavier route, a good tinto, or red wine, from Rioja or Rioja Alavesa (from the Basque province of Álava) are typical. After your meal, you can order patxaran, a liqueur made from berries and traditional to Navarra, one of the cultural Basque areas (which is an autonomous community in its own right,) as a digestif. The main meal is usually served between 2-4 pm, and the evening supper is served between 8-10 pm like in the rest of Spain, and all restaurants will serve pintxos throughout the day.

El Eme is absolutely the best-kept secret in Bilbao. They’re known for their triángulos, sandwiches with a special sauce. There are a few variations, but the classic is best for a quick bite and a true local experience. As is the case in the Basque Country as a whole, you can’t go wrong with grabbing something to eat in the main square in the old city. In Bilbao, this means the Plaza Nueva in the Casco Viejo. The Mercado de la Ribera is perfect for grabbing traditional pintxos as well as modern takes. It doesn’t matter which one you choose, you’re getting some of the best pintxos made with the freshest seafood, caught by some of the world’s best and most experienced fishermen. The best part about Bilbao is that you get San Sebastián quality food without the San Sebastián price tag, so if budget is an issue, stick to Bilbao and the outskirts for most meals. In Bilbao, the specialty pintxo which you can get at literally any bar or restaurant in the entire region is the gilda, olives and “spicy” (if you’re used to Southeast Asian, Indian, or Mexican styles of spicy food, these will not be spicy at all) yellow peppers called guindillas wrapped in an anchovy soaked in olive oil. The most typical dish to eat as a second course along the coastline and in Bilbao city is bacalao al pil pil, or salt cod in a garlic emulsion.

For a truly luxury experience, Azurmendi Jatetxea is the crème de la crème. Eneko Atxa was one of the youngest chefs to be awarded three Michelin stars. His restaurant has consistently been rated one of the best restaurants in the world. The restaurant itself is located overlooking a valley and the views are just about as good as the food itself. Nerua, located in the Guggenheim, is a less flashy but just as upscale restaurant.

Most of what makes San Sebastián famous in terms of food is located within the Old City. No matter which restaurant or bar you stumble into, you’ll be eating some of the best food in the world. My personal favorite is Ganbara, which is more of a local haunt than a tourist one as it has the prices to reflect this. Most of the restaurants that are more famous have a higher price tag, but Ganbara is much more traditional and local-friendly and won’t break the bank. For a slightly higher-end experience outside the Old City, Narru is excellent. Of course, if dining at a three-Michelin-starred restaurant is what you’re aiming for, Arzak is one of the biggest names in Basque cuisine in Donosti.

Looking to explore more of Spain? Check out my guide: Exploring the Heritage of Spain: Madrid & the Surrounding Cities.