Culture, Architecture & Food: Things to do in Glasgow, Scotland 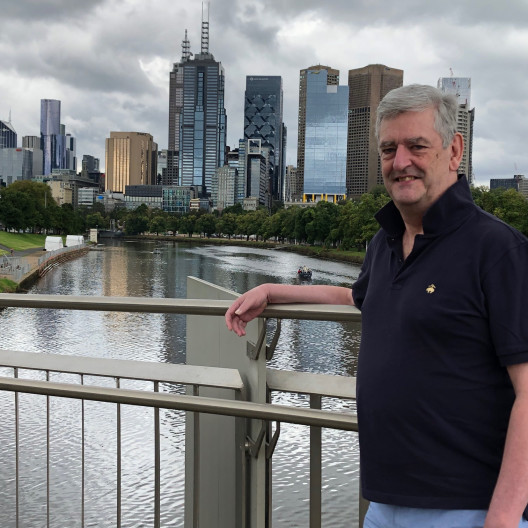 There is much to see and do when you visit Glasgow. 48 hours isn’t long enough to pack it all in — a long weekend, such as a bank holiday, would be more realistic. Even then there would be enough things left to entice you back again and again...

Glasgow has a distinct energy (more so than nearby Edinburgh), which is reflected in its vibrant live music scene. I love the architecture and the culture and history around almost every corner.

I also love the distinct open feel of the city centre. In fact, the name of this city means “green valley” or “the dear green place” when translated from the Gaelic “Glaschu” or “Glasgu” dating from the 6th century. The many public parks and open spaces mean that this name remains true to this day.

Or as the Scots say Ceud mìle fàilte (a hundred thousand welcomes) — Scots are a very friendly bunch and doubly so in Glasgow!

Book with Neil to access exclusive perks and experiences on your trip.

Where to stay in Glasgow, Scotland

Contemporary hotel with a punch of color and an array of bespoke suites.

Fabulous and comfortable hotel in Glasgow with a delicious English breakfast.

Unlock perks by contacting Neil to book your trip.

Things to do in Glasgow, Scotland

Neighborhoods & Areas to Visit in Glasgow

Walking tours of the city's street art  — there are many large murals around the city.

Hop-on, hop-off buses. For visitors new to Glasgow, I recommend the open-top, double-decker buses. They pass all the key sites and will help you familiarize yourself with the city. The one or two day passes offer good value.

Edinburgh: an hour away by road or rail.

The Glenffinnan Rail Bridge: Made famous by the Hogwarts Express of Harry Potter movies.

How to get to Glasgow

Glasgow Airport: Glasgow Airport is located approx 8 miles/13Km west from the city centre and is the main airport for long-haul flights.

Edinburgh Airport: Another option for long-haul flights, as it is only a 50 minute train trip into Glasgow Central rail station. A bus service is also available, but I find the train is more comfortable and less cramped.

You can also take the rail or drive into Glasgow. If you decide to drive, the highways are very good and routes are clearly marked. Just don't forget to drive on the left-hand side of the roads!

How to Get Around Glasgow

The city centre is laid out in a grid and is easy to get around by foot.

The rail service and the underground (the famous "Clockwork Orange") are both excellent, clean and reliable.

Buses are also good, but ensure you have correct change for your trip or risk incurring the wrath of the driver.

Taxis/cabs are reasonably priced and the distances around the city are not large.

Surprisingly, for a small country, regional weather patterns can vary markedly over quite a short distance. Winter can be quite damp and while colder than summer, Glasgow is more temperate than further north and Glasgow also doesn't get the icy winds that blow through Edinburgh during winter. So, winter is perfect for indoor sightseeing or sitting by a fire with a malt whisky and good company.

Much of Scotland is further west than most of England (Edinburgh is west of Bristol), giving Scotland a maritime climate, which is much milder than might be expected at such a northerly latitude. The mountains also mean that a single "climate of Scotland" is difficult to define.

Winter is obviously going to be cold, but any of the other 3 seasons are good times to see the changing nature of this great city.

From outstanding seafood and shellfish to unbeatable game and beef, Glasgow’s location on Scotland’s West Coast offers an abundant source of some of the best local produce in the world.

Glasgow boasts a deep-rooted Indian and Pakistani food heritage (not to mention the huge influence of Italian settlers in the city), so the city has a food scene as international as many major European capitals.

The emergence of hip foodie neighborhoods such as Finnieston in the west of the city and Strathbungo in the south, alongside an excellent vegan scene (the city was voted PETA’s most vegan-friendly city in 2013 and consistently remains in the top 3 vegan-friendly cities of the UK), have also helped to transform the city’s dining credentials in recent years. I have expanded my selection to include vegetarian restaurants and others that cater to dietary constraints, rather than just Glasgow's vegan restaurants.

Many of the city's eateries offer you the opportunity to explore the distinct flavour of Scotland through traditional dishes, regional specialities and local produce, such as haggis, shortbread, whisky and Cullen skink (a hearty soup made with smoked fish).

Here are the places I personally recommend:

Two Fat Ladies at the Buttery (City/West End): A Glasgow institution — Scottish food with an emphasis on seafood and shellfish (although meat-eaters aren't left out). There is excellent, friendly service and for seafood lovers, the dishes are to die for. Try to save some room for the "grand dessert" —  a tasting plate of their best. There is a specific vegan/vegetarian menu for diners, with numerous gluten-free options available too.

By day, it is a relaxing café-diner serving breakfast, snacks, lunches and a children's menu (soups, salads, pasta, rice, bagels).

By night, the ambience remains casual while the menu switches to a quality 3-course dinner menu featuring contemporary Scottish cuisine tossed with a touch of creative flair. Try breaded haggis balls with cabbage and whisky cream sauce for starters and either angel hair pasta with garlic prawns and Roquefort cheese sauce or braised shank of Scottish lamb with roast vegetables and cheese baked potatoes for a more substantial main.

Crabshakk (Finnieston): A compact restaurant located on Argyle Street, specializing in crustaceans. Beautiful seafood, simply prepared and moderately priced. Try the crab cakes, prepared with only real crabmeat. Desserts and meat options are a little limited, but frankly they are not what you come here for.

The Finnieston (Finnieston): Seafood and gin feature at this restaurant that emphasizes Scottish catch-of-the day freshness for meals and then becomes more of an upmarket bar later in the evening. An easy walk from Kelvingrove Museum, the beer garden at the rear of the Finnieston can make for a very attractive pit-stop afterwards.

Ox & Finch (Finnieston): The rustic wood and brick interior makes for a relaxed, cosy feel, and the flavors evoke both Scotland and the Mediterranean. Diners are encouraged to order smaller plates to share, making for a sociable dining experience. It also gives you a chance to experience more of their excellent yet affordable dishes that have won a Bib Gourmand.

Glasgow is very easy to get around either on foot or using the very good public transport network.  So while you may choose to stay near the attractions that interest you most, other areas will also be easy to get to.