Driving Tour of Germany through the Famed Romantic Road 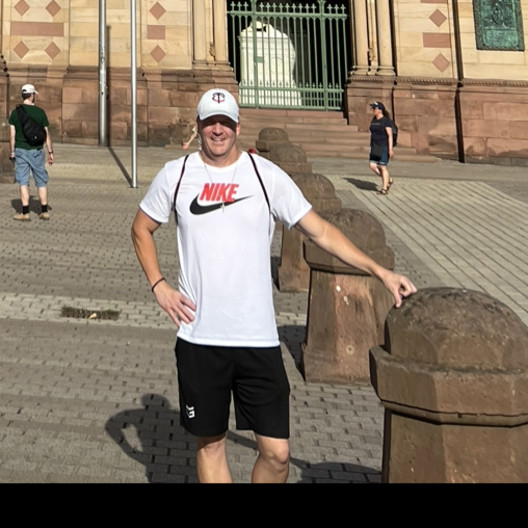 Germany is truly a treasure of history, beauty and intrigue. The "Romantic Road" (as coined in the 1950's) combines the historic beauty of towns like Wurzburg, Bamburg, and Augsburg with medieval, walled towns like Rothenburg ob der Tuaber, Dinkelsbuhl and Nordlingen. The southern end of this "road" includes the amazing Neuschwanstein Castle, nestled along the base of the Alps. This is an unforgettable experience and one that any traveler will be certain to enjoy!

Book with Scott to access exclusive perks and experiences on your trip.

Traditional German hotel with Franconian-style rooms in the heart of Würzburg.

A restored 13th-century historic building with Gothic interior and only steps away from the marketplace in Rothenburg.

No frills modern hotel with minimalist furnishings located in the heart of Munich.

Bright contemporary hotel with minimalist furniture, only steps away from the Frankfurt Ostbahnhof Station.

Bright modern hotel with a gourmet restaurant and steps away from the Augsburg's most sought-out attractions.

This boutique hotel with retro lounge and simple accommodation rests in the center of Nürnberg.

Boutique hotel set in spacious historic building in the heart of Nürnberg.

Unlock perks by contacting Scott to book your trip.

Arrive in Frankfurt and travel to Wurzburg (1 hr 10 min drive). Wurzburg is beautiful Baroque city with architectural marvels and Franconian hospitality. The Old Town or city center is perfect for walking.

Enjoy a meal or drink at the countless restaurants, cafes and wine bars. Wurzburg is in the heart of wine country and there are numerous wine tours and establishments that are certain to suite your taste. I suggest the Gasthaus Alte Mainmuhle restaurant. It's located on the east side of the Old Main Bridge, provides a great atmosphere, a terrace that overlooks the river and great views of Marienberg Fortress. The area near the Old Main Bridge provides fantastic views and numerous places to walk, eat or grab a coffee or drink.

While in Wurzburg, be sure to check out the Saint Kilian Cathedral, Saint Mary's Chapel, the Old Main Bridge, Marienberg Fortress and the Wurzburg Residenzplatz, a UNESCO World Heritage Site.

Rothenburg ob der Tauber is only a 45 minute drive south of Wurzburg. It is one of the best well preserved medieval towns in Europe. It is located on the banks of the River Tauber and still maintains the look of a 16th century town. Within the walls, there are 13th and 14th century points of interest: Rathaus, a 13th century town hall, the Councillors' Tavern clock tower, Plonlein, Klingentor tower and Baumeisterhaus. The German Christmas Museum and the Medieval Crime Museum that provides interesting information focused primarily on Medieval period. It is truly a picturesque "Old German" style town with countless photo opportunities.

See two more picture-perfect historic towns. Dinkelsbuhl is a short 40 minutes drive from Rothen ob der Tauber. There you will see rows of gabled homes that date to the early 17th century. It is a town that is encircled by Medieval walls and has towering gatehouses from the Renaissance period. While walking through the town, be sure to see the Deutsches Haus, a 14th century ancestral home of the Counts of Drechsel-Duefstetten. Other places of interest include: Weinmarkt, Saint Georgs-Kirche, Rothenberger Tor, Kinderzeche, Nordlinger Tor und Stadtmuhle and even a garden trail that is located where the moat used to be!

After visiting Dinkelsbuhl, Nordlingen is only a short 30 minute drive away. Nordlingen is another Medieval walled town that dates to 898AD. It was an important free trade city during the Middle Ages. The walls date to the 14th century, and Nordlingen was the site of a battle between Catholic and Protestant during the 17th century, Thirty Years War.  Nordlingen is also near the site of a meteor impact from about 15 million years ago. The crater can be seen top of the tower. The Reis Krater Museum is also located in Nordlingen. Both of of these towns are must see locations along the Romantic Road.

Along the route to Augsburg and only a 20 minute drive from Nordlingen is Harburg Castle. It is one of the biggest and best preserved castles in Germany and dates to the 11th century. The castle sits on top of a hill that overlooks the city of around 5,000 people. The castle is open every day but Monday and offers tours on an hourly basis. Visiting the small city of Harburg feels like you are stepping back to the Middle Ages.

After exploring Harburg, the beautiful city of Augsburg is a short 40 minute drive away. Augsburg is one of the oldest cities in Germany and was originally built by the Romans over 2,000 years ago! It has quite a history and numerous sites of interest. The UNESCO World Heritage Augsburg Water Management System is enlightening and worth your time! The plaza near Augsburg Town Hall is beautiful and full of nice dining and cafe' options, as well as being centrally located to many of the historical sites. The Maximilian Museum, located near the town hall, is in a building dating to the 16th century.

Neuschwanstein Castle is about an hour 15 minute drive from Augsburg. The castle is one of the most picturesque in the world. It is just as amazing inside! They only offer guided tours, but in both English or German. The tours are typically under an hour. Munich is a short 90 minute drive away and also offers plenty of sites to see.

There are many other stops in southern Germany, that are certainly worth visiting.  I was once a traveler that overlooked Germany as a destination, but was amazed by all that it has to offer! This 5-day itinerary format is somewhat limiting and certainly could be expanded.

Other places in Southern Germany that I would suggest:

Bamberg: Beautiful city on the river Main and Regnitz, with 11th to 19th century structures, and is famous for its beer and local breweries.

Heidelberg: Amazing town on the Neckar River! The Old Town, the ruins of the Renaissance era and Heidelburg Castle are frankly stunning! It is located about a 45 minute drive south of Frankfurt Airport.

Stuttgart: This is a town that offers a mix of historical and modern attractions. It is home to Porsche Museum and Mercedes-Benz Museum for car enthusiasts, and a city center that has buildings dating to the 10th century and even a famous Christmas Market.

Nuremberg: One of the bigger cities in Germany, and was founded nearly 1000 years ago. The Imperial Castle dates to the 11th century. It is a bigger location than many of the cities I have included, but certainly worth a visit!

Frankfurt am Main: A very underrated location, with a mix of modern and historical sites. In addition to being the financial capital of the EU, it offers majestic sites, beautiful views and an Old Town that is one of the oldest settlements in Germany.