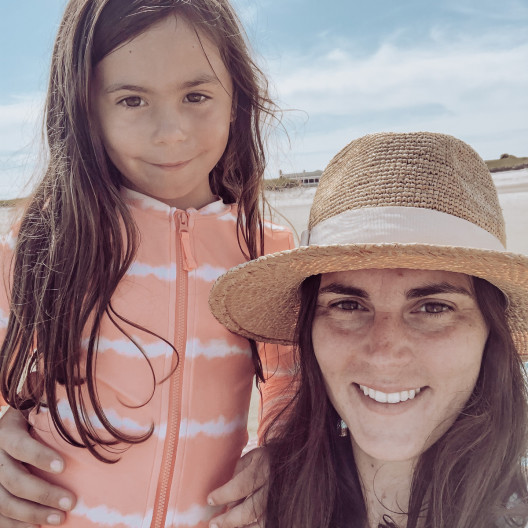 My mom's parents were born in Ireland. For me, like many others, going back is a chance to retrace your family history and reconnect with family abroad. No relations? No matter. The Irish reputation for being welcoming holds true. And while I didn't find any leprechauns or gold at the end of a rainbow, there is a mystical beauty to the endless green fields, rivers and rugged coastlines.

Settled by the Vikings, Ireland’s capital city offers a variety of ways to explore the history and culture of Ireland. The historic fabric is woven into a vibrant, modern city.  Visit cathedrals built on legendary ground, the oldest pub or university in Ireland, listen to the captivating rhythms of a trad session or Riverdance performance, or watch hurling matches – a sport that dates back 3,000 years. Learn about Ireland’s struggle for independence, world-renowned poets and writers and the lesser known, (but captivating, or maybe personal) stories of Irish emigrants who scatter the world.

Book with Nicole to access exclusive perks and experiences on your trip.

Where to stay Dublin, Ireland

Located in the heart of the Dublin city center, The Merrion is the capital’s most luxurious five-star hotel offering exquisite comfort and elegance.

Iconic hotel with spectacular service and elegant dining rooms and accommodations for the discerning traveler.

Contemporary boutique stays in Dublin within stylish and artful accommodations.

Unlock perks by contacting Nicole to book your trip.

Things to do Dublin, Ireland

EPIC The Irish Emigrant Museum was voted Europe’s leading tourist attraction for the last three years, the interactive exhibit tells the stories of those who left the Emerald Isle. Interested in learning about your Irish ancestry? Visit the Irish Family History Centre located in the museum.

St Patrick's Cathedral is a beautiful church named after Ireland’s patron saint who is believed to have baptized many at a well on the Church grounds.

Christ Church Cathedral was originally a Viking church that is over 1,000 years old. Home of Strongbow’s tomb. The crypt is now a dress-up room where kids can try on medieval costumes.

View The Book of Kells in the library at Trinity College – Ireland’s oldest university.

Head to The Brazen Head, Ireland’s oldest pub, for traditional music. Irish dancing can be traced back to the Celts and pre-Christianity. It has evolved over the centuries. Riverdance returns to the Gaiety Theatre for its 25th Anniversary Show from June 17th through September 11th in 2022. I saw them touring with my seven-year-old daughter here in Connecticut and it did not disappoint. Her eyes were fixed on the stage the whole time!

Croke Park and the GAA Museum is a must to learn about the insane Irish game of hurling.  Take a front-row seat to epic battles amongst fierce county rivals (Up Tipp!) in the all-Ireland finals or test out your skills during the stadium tour.

Connected to the fight for Irish independence, Dublin was central to Ireland’s fight for independence and there are a number of historical sights that commemorate this period in Ireland’s history. Dublin Castle was the seat of English and British rule for centuries until Irish independence was won in 1922. It’s now open for tours and special exhibitions. The Abbey Theatre was influential leading up to the 1916 Rising. The General Post Office (GPO) became the main stronghold for the Irish Volunteers during the 1916 Rising. It was rebuilt in 1929, but bullet holes can still be seen on the columns that remain from the original structure. It is still an active post office. Visitors can grab a bite to eat at the cafe or tour the GPO Museum. Entrance to the Kilmainham Gaol Museum is by guided tour only. Sadly, this is the site where the leaders of the 1916 Rising were jailed and executed. This act led more Irish to unite in the fight for Irish Independence. Many who died or fought during the 1916 Rising are buried in Glasnevin Cemetery. Guided tours provide historical context to the graves and memorials located in Ireland’s national cemetery. You can also trace your Irish heritage after the tour or head over to the National Botanic Gardens.

To support the local art scene, check out the National Gallery of Ireland and Irish Museum of Modern Art (IMMA). IMMA Summer nights – Thursday and Friday from May to September – and IMMA Summer Party, a two day celebration of music & art in the gardens, brings the museum outdoors for visitors.

When just walking around, keep your eye out for these famous sculptures as you walk around the city. The Famine Memorial on Custom House Quay, Oscar Wilde in Merrion Square and Molly Malone in the Georgian Quarter. Cross the River Liffey by Ha’Penny Bridge, the first pedestrian bridge in Dublin, or the more modern, harp-shaped Samuel Beckett Bridge.

Grab a box from Picnic in the Park and escape the hustle and bustle of the city center in Phoenix Park. Once a royal hunting park and now one of the largest enclosed public parks in Europe. The Dublin Zoo is located at the edge of the park. Bike rentals for adults and playgrounds for younger kids.

Do the Dublin Hop-On, Hop-Off Bus. My sister and I loved the double decker green buses during our first trip, when we were eight and six. If you have little ones who can’t walk as far or fast  – the bus is a big hit. Plus kids ride free! You can also choose to combine a tour with tea time on the Vintage Tea Trip.

If you'd like to take a day trip, Howth is accessible by DART, the local public transport. Take in the scenery along the coast on the Howth Cliff Walk. Explore on your own or with a guide from Shane’s Howth Adventures. Head to town for fish and chips at Beshoff Bros.

Malahide is also accessible by DART. Malahide Castle Gardens, pubs, restaurants and shopping along cobblestoned streets of this fishing village are the main things to do. I recommend checking out Fish Shack for more fresh fish and chips.

Kilkenny is a bit further away and inland, but accessible by train in less than 2 hours. Tour the Kilkenny Castle and grounds, or dine and shop in the medieval town. Don’t miss Bridie’s Bar & General Store in The Langston Kilkenny, where you can also enjoy afternoon tea or a drink at the pub. For fine Italian cuisine, try Rinuccini which is located across from Kilkenny Castle. Truffles Restaurant uses local ingredients to recreate traditional European dishes. And if you are feeling steak, check out The Butcher.

Guinness Storehouse: Seven floors of Guinness. Don’t miss the colorful and quirky Guinness advertisement posters on the third floor. Your entry ticket includes a free Guinness pint to enjoy while taking in views of Dublin at the Gravity Bar. You can also learn how to pour a proper pint at the Guinness Academy or enjoy the private bar during the Connoisseur Experience.

For more casual eats, check out Leo Burdock for their fish and chips by the Christ Church Cathedral.

For brunch, The Hungry Duck is a modern Irish restaurant, while Brother Hubbard’s menu is inspired by flavors of the Middle East. One Society has a wide selection of pancakes, or head to the tree-lined neighborhood of Portobello to brunch at Alma.