Get to Know the Metropolis of Chicago 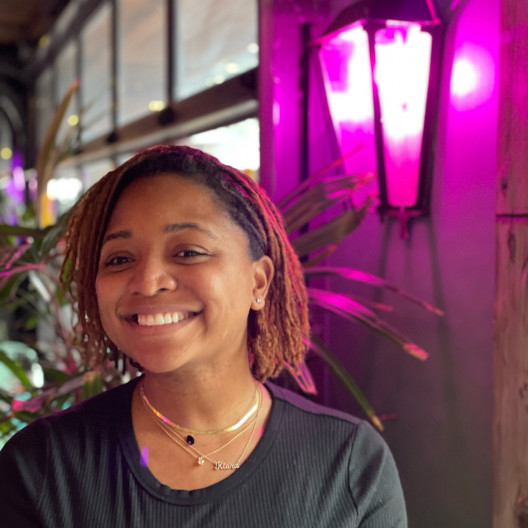 We’re in the Windy City and that means plenty of deep-dish pizza and hip hanging out in some of the city’s newest locations. As a bustling and developing city, Chicago has become quite the cultural center and a metropolis. And its street art is there to commemorate the changes and tell the story of the city. Take a walk on the wild side, Chicago! And don’t forget to stop for a meal because Chicago is experiencing a culinary boom.

Book with Kiara to access exclusive perks and experiences on your trip.

Where to stay in Chicago

Best-of-the-best on the Magnificent Mile, with standout service and unmatched views of Lake Michigan and the cityscape.

As much about the play as the stay, this Fulton Market favorite has a hotspot restaurant, bar and rooftop pool, plus supremely comfortable bedrooms.

A handsome addition to the Soho House family in the Fulton Market District—don’t miss a cocktail at the scenery rooftop restaurant.

A hip pick in two landmark buildings in Wicker Park, with unique bunk and loft rooms that groups love.

Unlock perks by contacting Kiara to book your trip.

Things to do in Chicago

You can't come to Chicago and not see The Bean . Millennium Park also has the Crown Fountain, an interactive work of public art and video sculpture that spits water out. It's quite fun to watch the changing faces and see people playing in the water. Millennium Park is also connected to Maggie Daley Park, which has a skating ribbon, as well as Grant Park, which has the “Married with Children Fountain,” Buckingham Fountain. Also just north of Downtown in the Gold Coast is Lincoln Park, a beautiful park with multiple pathways as well as sculptures.

Take a trip to the beach

Chicago has many beaches for multiple occasions. Bringing your fur baby on vacation? Montrose Beach is a known dog-friendly beach. Want to be seen? Head out for an upscale beach experience at North Beach. Like to take photos? 12th Street Beach is within Museum Campus, offering easy access to the Adler Planetarium, Field Museum and Shedd Aquarium, as well as Soldier Field.

You can take a trip on the L train in the Loop and see cool building murals while you travel above downtown. There are also mural tours you can take. You can look them up online, and do a self guided walking tour. Most of them are within five minute walks from train stations. Ask me about my favorite tours!

Go get some laughs at the famous Second City, or go to Bordel and catch the Vaudeville acts – sensual and provocative performances ranging from magic to fire eating to burlesque.

The Morton Arboretum is about an hour away. The beautiful art installments make it for a great day out – bring your dog if you have one, as the location is dog-friendly.

You have to try a deep dish pizza when coming to Chicago.

Pequod's Pizza: Pequod's is up north but worth the train ride for the thick and caramelized crust pizza.

Pizza Lobo: Has you covered with vodka-sauce pizza and daily specials on food and drinks.

The river is so beautiful you have to sit, eat and watch people on their boats while the river sparkles under the sunlight.

RPM Seafood: Tasty and hands down some of the best seafood in Chicago. Sit on the patio, eat the oysters, eat the dessert and indulge.

Pizzeria Portofino: Located under RPM, this spot has delicious pizza as well as seafood. Get the Tuna Tartare – it's the best I've had in the city.

Kasama: Considered one of the best restaurants in the world by the Chicago Tribune, this spot is a new restaurant known for their tasting menu. It is currently booked months in advance.

Do you like Top Chef? Stephanie Izard has four different restaurants within a five minute walk of each other.

CH Distillery: Has Malort cocktails as well as vodka, amaro and gin all distilled in house.

Berkshire Room: Known for dealer’s choice – tell them your flavor profile, spirit and glassware and their bartenders make a special cocktail just for you.

District Brew Yards: An outdoor spot with a cool concept – you pour your own beers! You are given a card at the front door that is linked to your debit or credit card, you slide the card into a grove near the tap handle and you are charged by the amount you pour into your cup. They have about twenty beers to choose from.